Dividend Cuts: The Best of Times and the Worst of Times

On Feb. 7, 2013, Exelon Corp (NYSE: EXC) slashed its quarterly dividend by 41 percent. Thus far in 2014, the power company’s stock has returned more than 33 percent, making it one of the Dow Jones Utilities Average’s top performers.

Just Energy (TSX: JE, NYSE: JE), an aggressive holding in Energy & Income Advisor’s International Portfolio, has pulled off an even more impressive Lazarus act. Shares of the retail marketer of electricity and natural gas have rallied by almost 40 percent since the firm cut its payout by 32 percent in April 2013.

Dividend cuts are the worst possible news for income-seeking investors. Yet for these three companies, slashing their payouts marked a nadir in their fortunes–and an ideal buying opportunity for savvy investors. 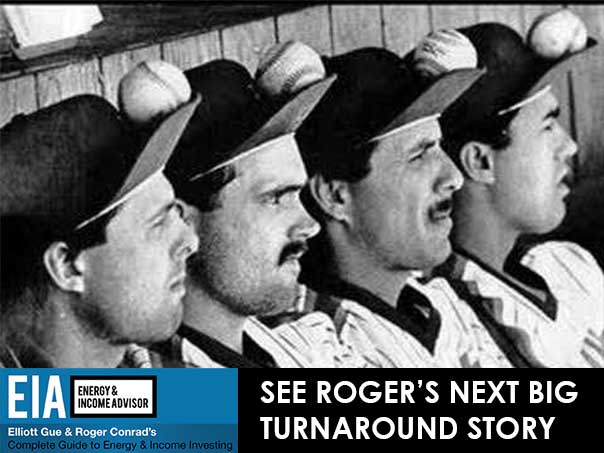 By the same token, dividend cuts can also serve as a dire warning that the worst is yet to come.

Zargon Oil & Gas (TSX: ZAR, OTC: ZARFF), for example, paid a steady monthly dividend of CA$0.18 per share through 2008, when oil prices fell to barely $30.00 per barrel from a high of $147.27 per barrel in a handful of months. But beginning in January 2011, the small exploration and production company slashed its payout three times to CA$0.06 per share. The stock has lost almost half its value.

And in contrast to Exelon, E.ON’s (Frankfurt: EOAN, OTC: EONGY) share price has dropped 20 percent since the utility slashed its dividend by one-third in March 2012.

None of these companies cut their dividends willingly; in each instance, challenging business conditions necessitated this unpopular move.

However, the winners strengthened their balance sheets and used these savings to fund future growth, creating an opportunity for savvy investors to buy into these growth stories at a discount.

For the losers, deteriorating business conditions and/or a lack of growth opportunities meant that the extra cash made little difference in the grand scheme of things. In these situations, investors were better off taking their lumps and moving on.

Sorting the winners from the losers in the aftermath of a dividend cut isn’t so simple.

For one, companies may not be entirely forthright about their vulnerabilities when they explain the rationale behind a dividend cut. And certain factors–energy prices and the health of the economy, for example–are beyond management’s control.

If a restrictive debt covenant or lost contract should come to light down the road, investors’ confidence will shatter once again, sending the stock even lower.

How do you decide whether a company that cuts its dividend is a turd or a viable turnaround story?

My first rule of thumb: Don’t sugarcoat anything. The burden of proof is on the company. Until there’s evidence of a turnaround, consider the stock a speculative bet.

Here are some factors to consider while digging into the company and conducting your due diligence.

1. A Credible Plan to Move Forward

Did management explain the rationale behind the dividend cut and outline a clear path to recovery? What are the potential impediments to this plan? Does the turnaround story hinge on actions taken by the company itself or an improvement in business conditions?

Avoid names that haven’t outlined a credible plan to drive growth and create value for shareholders after cutting their dividend. The reduced payout should enable the company to capitalize on future opportunities, as opposed to merely buying more time to fumble around.

If there’s any question about whether management can right the ship and sustain the dividend, invest your money elsewhere. The energy sector is home to innumerable investable themes and opportunities.

Companies usually cut their dividends to a more comfortable level; the big question for investors is whether the new payout is sustainable.

Understanding the factors that drive the company’s cash flow can help you to gauge whether there’s more pain in store. If there’s no end in sight to the challenges that precipitated the dividend cut in the first place, you don’t want to own the stock.

Investors should always be suspicious if management fails to address its debt situation when a company cuts its dividend.

You can check a company’s outstanding borrowings in its filings with the Securities and Exchange Commission (10-K filings are particularly useful).

An ounce of prevention is definitely worth a pound of cure; we keep tabs on debt maturing over the next 24 months for every company in our Model Portfolios.

How severe was the market’s reaction to the dividend cut?

Although a reduction to a company’s payout invariably leads to a selloff, solid expectations management can go a long way toward reducing the damage.

A surprise dividend cut, on the other hand, will undermine investors’ confidence in management’s ability to lead the company to a brighter future.

Investors failed to anticipate that general partner and majority owner Loews Corp (NYSE: L) wouldn’t step up to the plate to at least soften the blow.

And although the massive cut to Boardwalk Pipeline Partners’ should alleviate fears of another reduction, management has yet to articulate a turnaround plan that inspires confidence.

Again, the burden of proof is on management. Fool me once, shame on you. Fool me twice–well, you get the picture.

Analysts at Wall Street brokerage firms usually adopt a negative outlook for companies that have cut their dividends recently.

Some likely were burned by the move, while the rest are anxious to avoid more pain.

Corporate executives, board members, and other insiders sell shares for many reasons. But they usually buy shares only when they think the stock trades at a favorable valuation and could head higher.

That’s not to suggest that executives are always right; some insider purchases are little more than empty posturing.

When analysts remain neutral on the stock but insiders are buying shares, we have no problem joining in; a universally negative opinion toward a stock means that the bar of expectations should be easy to beat.

But the company must have a credible plan to move forward–without this, you may as well throw your money away.

Most retail investors assume that short sellers know more than they do. But most short sellers lack the acumen of Jim Chanos; many pile into trades that have already run their course.

Companies that cut their dividends often suffer from heavy short interest, increasing the risk that a bit of encouraging news could force short sellers to cover their positions. The consequent surge in buy orders squeezes the price higher.

At the beginning of 2014, no Wall Street analysts rated Exelon a buy.

We dissented for three reasons.

For one, although analyst sentiment toward the stock remained negative, investors added to their holdings. More important, the cash flow generated by the company’s extremely stable regulated electricity distribution operations would safely cover the new payout of $0.31 per share.

Exelon’s nuclear power plants also run at an average utilization rate of more than 90 percent and, over the long haul, remain the most competitive source of baseload power in the company’s markets.

In short, a stake in Exelon gives investors a steady dividend and an option on eventual pricing improvements in the market for wholesale power.

Meanwhile, the company’s dividend cut means that the bar of expectations remains low.

On March 12, 2014, E.ON slashed its annualized dividend from EUR1.10 per share to EUR0.60, justifying most analysts’ negative outlook for the company.

And more pain could be coming down the pike. The German electric utility lacks a stable earnings base to cover the reduced dividend, making another reduction to the payout likely.

The German Federal Network Agency has yet to process 47 requests to shut down power plants–a 68 percent since October 2014. Although this trend has sparked concerns about potential brownouts, the government continues to sit on its hands.

“Energy Dividend Cutters” lists 24 names covered in Energy & Income Advisor that have slashed their payouts in recent years. All of these firms face a low bar of expectations.

The question is whether they can make the moves necessary to evolve into stronger companies.

In fact, these turnaround stories are one of the big reasons that this basket of stocks has outperformed the S&P 500 Energy Index, despite a weak Canadian dollar.

We identified these winners by weighing a realistic assessment of each company’s growth prospects against the market’s current expectations. At the same time, my in-depth knowledge of these companies enabled us to avoid names that face significant challenges and have continued to flounder.

The aftermath of a dividend cut is always an emotional time, especially for investors who own the stock in question. But if you can keep a level head and evaluate the company’s proposed turnaround effort, you can find deep-value plays poised for big returns—a rarity in a five-year-old bull market.