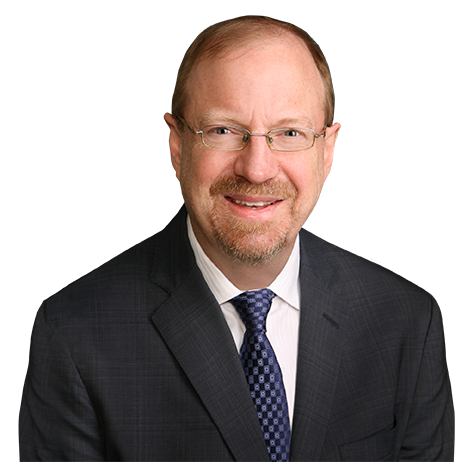 Where the Real Havens Are

In the January issue of Conrad’s Utility Investor I wrote the following:

“There’s one time in my 35-year career that I’ll always look back on and wish I was a more active seller. That’s the period from late 2000 to early 2001, following utility stocks’ most profitable year in history and just before their historic crash in the wake of the Enron implosion.”

On February 14, I did take that action. Specifically, I recommended taking partial profits in 13 stocks, nearly one-third of my Portfolio picks, in my subscribers-only Alert “Utilities’ New Highs: What to Do Now.”

As a dyed in the wool “buy and hold” guy from way back, I won’t pretend that sell call didn’t cut deeply against my grain. In fact, my strong belief is still that all 13 of these companies will do great things.

But best in class utility stocks in mid-February were even more expensive than they were in early 2001. Hard experience had taught me that a selloff was coming. And with stock market trading dominated by algorithm-controlled ETFs, the action was going to be fast.

Unfortunately for most investors, that’s exactly what’s happened since. The Dow Jones Utility Average is down 25 percent since February 18, its sharpest drop since 2008. And more than a few of my 13 sells are down 30 percent and more.

The good news is readers were able to bank some hard-won profits before they vanished. And we now have cash to take advantage of what’s shaping up to be the greatest opportunity in 11 years to lock in windfall profits and safe, high income.

At this point, we don’t have the data to forecast how much damage COVID-19 will do to human health and the global economy. And until we do, risk of a further stock market selloff will be high.

Nonetheless, I’m convinced the best of the nearly 200 utilities and essential services stocks I track in Conrad’s Utility Investor are on the verge of their best buying opportunity in more than a decade. Here are three reasons why:

• Utilities and essential services are the most recession resistant industries around. And they’re getting ready to prove it again this year. The greater the economic damage from COVID-19 and attempts to prevent its spread, the more industries and sectors will buckle. But even during the most severe previous contractions, demand for electricity, gas, water and communications service has remained steady. And with tens of millions of Americans effectively shut-in at home, there’s a real case why demand for these essential services will actually rise in coming weeks.

• Big utility yields are back. Before the crash, the DJUA yield was the lowest since the 2000 sector top. Now rock-solid companies like Dominion Energy and Verizon Communications yield as much as 5 percent. And they increase their dividends every year. Compare that to the less than 1 percent yield paid by no growth 10-year Treasurys, as well as the paltry rates on savings accounts and most bond funds.

• Utilities and essential services companies are leading the transition to the 21st century economy, and growing earnings at the fastest and surest pace since the 1950s. In fact, the best of the companies I cover in Conrad’s Utility Investor are the world’s primary drivers of everything from adoption of solar energy, smart electricity grids and electric vehicles to 5-G communications networks.

This is the part I’m really excited about. Traditionally, most investors have considered utilities as boring old income investments, if not merely alternatives to holding bonds.

That misperception is changing fast. These companies are now investing hundreds of billions of dollars into:

Earnings and dividend growth have surged. And their stocks are starting to get the respect from investors they deserve—that is premium valuations relative to less-advantaged stocks and sectors.

For the past couple years, stocks of the best in class utilities and essential services companies leading the charge have simply been too expensive to be worth buying. Occasionally, we’ve been able to land a “loaded laggard” on a dip—riding it higher as growing business strength closed the valuation gap with sector leaders.

Now the COVID-19 crisis is handing us the opportunity to buy the former high - flyers dirt cheap.

On March 13, I sent readers my Alert “A Day of Dislocations.” In it, I highlighted a basket of 15 stocks that had fallen to what I call “Dream Buy Prices.” These are prices that--based on my five-part Quality Grade System (QGS) and companies’ long-term prospects for sustainable growth—would only be reached under extreme circumstances.

We’re certainly seeing those conditions now, for some stocks and sectors on almost a daily basis. And as I told readers in the Alert, the best is yet to come.

But as I also said, this is not the time for the kind of chest-beating bravado you see so often in investment newsletter advertising. Rather, it’s time to keep cool, stay conservative and stick to our strategy.

That’s the approach that’s both protected us from COVID-19 downside, and set us up with cash to take advantage of this utility share price reset. Now it’s time to be patient with eyes wide open, and ready to act when opportunity knocks.

You may not have been able to take advantage of the profit taking bonanza the market handed us just a few weeks ago. But there is still time to invest in the recovery to come, which for the best in class promises to be at least as explosive as what we just saw in the late great bull market.

If that sounds like something you’d like to get in on, I invite you to check out Conrad’s Utility Investor, with a trial subscription for the low price of $399- That is 20% off the regular price.

Go here and use code SAVE399 to get started.

The latest issue of Conrad Utility Investor, published earlier in the week, is available for immediate download. 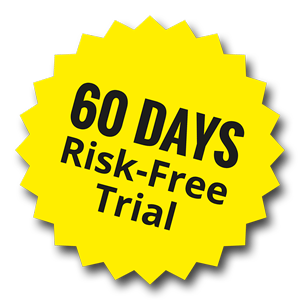 Take advantage of our risk-free 60 day trial! No questions asked. Prefer to order over the phone? Call customer service toll-free at 1-877-302-0749

By joining us now, that’s the highest price you’ll ever pay, provided your subscription stays up to date. It’s what we call our forever guarantee.

What if you are not satisfied?

No problem. Cancel any time in your first 60 days and get your full membership fee back.

DISCLAIMER: Capitalist Times, LLC is a publisher of financial news and opinions and NOT a securities broker/dealer or an investment advisor. You are responsible for your own investment decisions. All information contained in our newsletters or on our website(s) should be independently verified with the companies mentioned, and readers should always conduct their own research and due diligence and consider obtaining professional advice before making any investment decision. As a condition to accessing Capitalist Times materials and websites, you agree to our Terms and Conditions of Use, available here, including without limitation all disclaimers of warranties and limitations on liability contained therein. Owners, employees and writers may hold positions in the securities that are discussed in our newsletters or on our website.