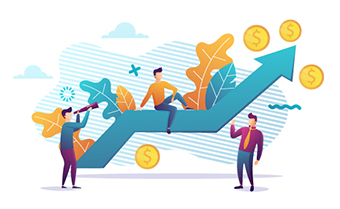 Through the first nine months of 2021, the Dow Jones Utility Average was up barely 1 percent. But after their fourth best Q4 since 1969, utilities’ 2021 return was actually 5 percentage points higher than the yearly average since 1993. It was also a good year for the three Conrad’s Utility Investor Portfolios. Top 10 DRIPs gained 19.5 percent on average, Aggressive Holdings 17.2 percent and Conservative Holdings 12.8 percent. Readers observing the discipline of recommended entry and partial profit taking points fared even better.

On Money Call with Chuck Jaffe